About Our Sport Performance Team …

As the Director of Sports Psychology for more than a decade at the IMG Academy in Bradenton, Fl., she created and implemented the Mental Conditioning program for all sports including; tennis, golf, soccer, basketball, baseball, and ice hockey. Where tennis players such as; Tommy Haas, Jelena Jankovic, Maria Sharapova, among many others built the foundation for their tennis development.  During this time she had the opportunity to work with all levels of golfers, from juniors to the professionals on the LPGA and PGA tours.  She was instrumental in the mental development of golfers such as Paula Creamer, Sean O’Hair, David Gossett, Casey Wittenberg, Aree Song, Naree Song, Candy Hannemann, and Virada Nirapathpongporn, among many others.

Martha worked closely with the world’s best tennis coaches such as; Nick Bollettieri and Gabe Jaramillo, training many elite professional tennis players. She traveled extensively throughout Europe and South America with Gabe Jaramillo, conducting training seminars for players and coaches. She has also trained some of the world’s most famous golf coaches, such as: Gary Gilchrist, Jonathan Yarwood, Tom Burnett, Andrew Park, among others, on the importance of combining the technical training with the mental training for their development of players. She has since gone on to implement this program in collaboration with other coaches for the development of amateur and professional golfers.

In 2001, Martha was inducted into the Athletics Hall of Fame at the University of South Carolina Upstate, in honor and recognition of outstanding athletic achievement and for serving as an exemplary ambassador of their athletics program. Her success as a leader in the field of mental sports performance has been recognized by; CNN, as well as newspapers, magazines, radio, and television shows throughout Europe, South America, and Asia.

Martha first  introduced  her  Mental Conditioning System  integrated with Pat Etcheberry’s Physical Training System at the Professional Tennis Registry International Symposium in Hilton Head Island, South Carolina on February of 2014. Since then Martha and Pat has continued integrating their systems for the advancement of competitive athletes.

Author of “The Road to Miami, The Mental Roadmap to your Highest Potential as a Tennis Player”.

Achievements – Former and current clients have gone on to win and achieve the following accomplishments: 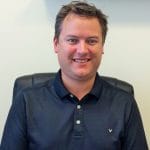 About Our Sport Performance Team …

Matthew grew up in the 1000 Islands region of Northern New York.  He started ski racing at the age of 12, eventually taking the opportunity to hone his skills as a competitive athlete, training at the Olympic facilities in Lake Placid, New York.

Matt went on to achieve his undergraduate degree from the University of Denver and his Masters degree in Mental Health Counseling from Nova Southeastern University.

As the Director of Player Development for Martha Cobo Sports Performance, LLC, Matt positively affects the performance of his clients through customized programs, based on each individual’s specific needs. He has extensive experience teaching athletes of all skill levels and ages. His junior athletes have captured numerous regional, state, and national titles. He has been a distinguished guest speaker for the Professional Golf Association of America North Florida Section.