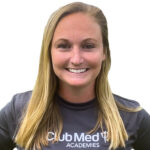 Melissa began playing volleyball in 1999 at the age of 11.  She played for Orlando Volleyball Academy (OVA) 12U through 18U, as a Libero and Setter.  In 2006, Melissa graduated from Winter Park High School with two Florida State Championships under her belt as a Libero; specifically, in 2004 she assisted in leading Winter Park to an undefeated season.  Melissa ended her high school career playing for the 2005 Team Florida and the USA Junior National Team in 2006.  She accepted a full scholarship to play collegiate ball at University of Central Florida (UCF).  During freshman season she set the NCAA Record for total digs in a single season. Melissa graduated from UCF where she majored in Interdisciplinary Studies and minored in Coaching and Communications.

Now, Melissa is the Head Coach of the 18-Red team for CMA Indoor Club. Prior to joining CMA, she was the director of The NVL Professional Beach Tour for four seasons. She also coached at OVA for three seasons and was the Head Coach for both boys and girls West Orange High School Volleyball Teams. 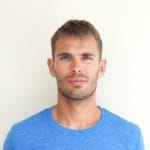 Piotr Marciniak was born and raised in Poland and began playing volleyball at the age of 13. Marciniak started playing indoor professionally in 2004 and played for the Polish National Team from 2005-2006. Between 2010 and 2011, he competed for top Egyptian professional indoor team. After moving to the United States in 2012 to pursue his Master’s degree, Piotr transitioned to beach volleyball playing on the AVP tour and successfully taking three top 5 finishes and third place with Rafu Rodrigues in Hermosa Beach, CA. In his free time Piotr loves to spend time with his family (wife Karolina and son Michael) and play golf. 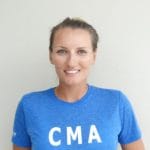 Karolina “Kaya” Marciniak (nèe Sowala) was born in Poland where she received her Bachelor’s degree in physical education. When she began her professional beach career, she was given the chance to represent her home country of Poland on the FIVB Swatch Tour between 2009-12. Two of the highest achievements in her youth career were third place in U21 World Championship in Brighton, England in 2008 and third place in the U20 European Championship in Scheveningen, Netherlands in 2007. In 2014, Marciniak received her Master’s degree in sport business management from Webber International University. She began her college coaching career in 2017 with the FAU beach volleyball program as an assistant coach. The Sandy Owls notched 13 wins in 2019 and ended the season ranked 16th in the nation. Marciniak was one of the top performing athletes in the National Volleyball League. She has taken 12 victories over the past four seasons and multiple awards for her efforts. Currently, she is competing on AVP and has recorded two top-five finishes in 2017 and 3rd place in 2018.
Marciniak is married to fellow AVP professional Piotr Marciniak. The couple welcomed their first child, Michael, in March of 2019. 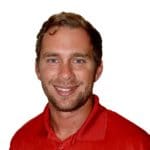 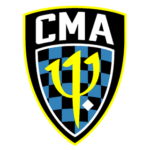 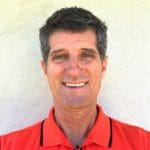 Scott Del Mastro has trained professional and junior athletes in the U.S. and around the World for more than 20 years.  Having earned a Bachelor’s degree in Psychology and a Master’s degree in Sport Psychology, Scott believes in developing the complete player and person on and off of the field, court or course.